Self-Driving and Electric Vehicles Will Kill these Businesses

A storm is on the horizon for Automotive and related industries.

Current business models of gas stations, car dealerships, auto-care companies, car washes, and more are built for a world where:

(a) gasoline engine vehicles are

(b) driven by humans.

That’s all about to change.

Electric Vehicle (EV) and Self-Driving Vehicle (SDV) technologies will enable so much behavioral change that most of today’s automotive-related business models will not survive. 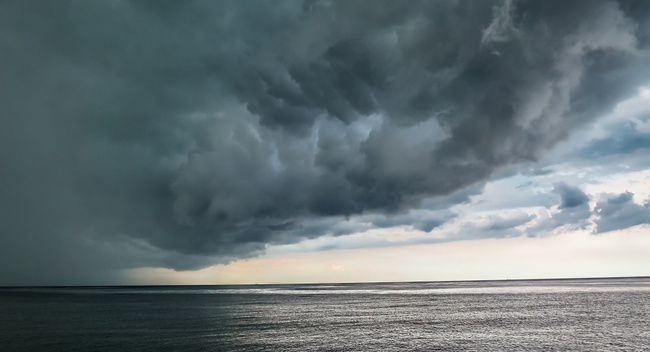 Some companies and investors are preparing for the coming storm, but many in auto-related businesses are going to be blindsided.

Below I’ve compiled a list of industries, companies, and product types that are facing a Dead Man Walking future as a result of EV and SDV technologies.

EV engines are less complicated than their gasoline counterparts, meaning fewer replacement parts needed over the lifetime of the car. That equates to lower sales for retail stores.

While EVs reduce the number of purchases per buyer, SDVs will reduce car ownership entirely, vastly reducing the number of parts buyers in the market period.

Gasoline is dirty, and distribution is tightly controlled and regulated through a network of gas stations.

The electrical grid is everywhere. Electric vehicle fueling can occur anywhere there is an available electrical outlet (though speed varies based on outlet type and power). Current EV fueling already occurs mostly in parking garages, homes, and dedicated Tesla stations at shopping centers.

Any location where vehicles are parked for longer than an hour will likely have EV refueling stations. Most destinations are already wired to deliver enough electricity, but charging units need to be extended to parking spaces. This is the future we were anticipating with my last startup Chrg.

EV engines are much simpler than their gasoline-engine counterparts, a point I explain in more detail on my post Tesla is a Battery Company. And any parts that remain in the car will be made to last longer. Tesla is targeting a one million mile lifetime for their vehicle powertrains.

So fewer, and longer-lasting, parts means far fewer maintenance trips to the local auto mechanic or dealer. Still, brakes and tires will need to be changed and there’s always car upgrades or product recalls – so some dealer visits will be required, right?

Yes, but rarely. Over the air updates will now take care of many car upgrades and recall issues. Tesla enabled their car to better withstand lower-body impact conditions, and now to drive itself, all via software updates downloaded to the car while in the garage.

Also, remember that vehicles that can drive themselves won’t only be driving humans to their destinations. They will also drive themselves to a repair shop anytime the problem cannot be fixed by an over the air update.

EVs will still need to be washed. So will SDVs. But the question is where and how.

If self-driving cars results in fewer car owners, that also results into fewer car wash customers. Instead of consumer car washes, I expect vehicle cleaning to occur at vehicle storage facilities far outside most suburbs and cities.

Tesla is not only breaking ground in EV and SDV technology, they are also driving a shift in the vehicle sales model.

Expect to see more direct to consumer sales of vehicles while people are still owning cars themselves.

Dealerships also make money from auto repairs. EVs require far less maintenance, and upgrades to the car can happen over the air via software. So dealer maintenance revenue will be slashed.

The car dealership business is dead within the next decade. Expect severe consolidation of the existing dealer players, with car makers beginning to route around dealers with “experiences” in malls and other consumer locations, similar to Tesla’s current model. BMW is already beginning to experiment with new marketing and sales techniques, recently showing their newest 7-series sedan via exclusive Uber rides.

Additionally, there will be a major shift in vehicles over the next few years that will see the value of most gasoline used cars from the last 20 years slide QUICKLY to zero.

Why? Because the software and hardware systems in the cars are changing rapidly, and outdated models won’t be easily upgradable.

Let’s look at a similar model change in the phone industry. The Motorola RAZR debuted at a $600 price point in 2004, sold like hotcakes and led a market of slim flip-phones, then lost sales quickly once the iPhone and Blackberry smartphones started gaining marketshare. I am simplifying the story, but the point still stands that the transition from flip-phone world to smart-phone world happened rapidly, and flip-phone sales cratered.

But there’s one key difference between the mobile phone market and the car market – product price (and by extension, adoption cycle). Product price is high, so most car buyers hold onto their vehicle for 2-3 years at a minimum, some for a full decade.

Once it becomes clear to the average consumer that Electric, Self-Driving vehicles are the future, expect many buyers to skip new and used gasoline car purchases to save up for the new electric, self-driving versions. The pool of used car buyers – of the old types of cars – will plummet.

There’s already evidence of this behavior with Tesla’s waiting lists, with buyers paying $5k upfront and waiting years for delivery.

Many cars can already parallel park automatically. Elon and team are going a step farther, enabling your Tesla to park itself in your garage. This is just the beginning. As soon as vehicles are driving themselves, why park nearby at all?

Current parking companies exist in locations close to destinations (midtown NYC next to the offices of business folks who live on Long Island, Jersey, etc) because individuals have to drive to those destinations have to park somewhere. But if the rider can just be dropped off, why is parking necessary?

If you have a 6 hour day at the office, your SDV could drop you off, drive outside the city where parking is much cheaper, park and refuel, then drive back in to pick you up at the end of your work day.

Expect underground garages, airport parking, and even mall parking lots to undergo significant changes. Most likely they will be converted to service and cleaning centers for the vehicles, or into new destination use (Airports may reclaim parking facilities as actual usable space for restaurants, hotels, and more).

Since starting their project in 2009, Google’s SDV has been involved in 14 accidents, but was at fault in 0 of the cases. Each accident was caused by other human drivers (with rear-end collisions in 11 of the accidents).

Another interesting question – if the driver is no longer responsible for directing the car in an SDV, and may not even own the car, will they be the primary holder of insurance on the vehicle? Or will they purchase insurance on a per trip basis?

I expect the SDV owning companies (Uber, Tesla, Lyft, etc) to be the primary buyers of insurance. Riders will have health and liability insurance for themselves, but would not need to purchase insurance on an SDV that they do not own.

There’s also a question of liability. Are the car manufacturers now liable for accidents instead of drivers? Will an engineer or computer scientist go to jail for designing a faulty algorithm that results in a severe accident? And at what point does the manufacturer’s insurance kick in?

Wal-Mart, Target, and dedicated big box grocery stores like Bi-Lo and Harris Teeter exist to centralize distribution of food and other consumer packaged goods in a world where driving yourself to the store is still the cheapest option.

In a world where transportation costs have plummeted and new delivery vehicles (including flying drones like TacoCopter and Amazon Prime Air ) emerge, is this model still viable?

Enterprise and other car rental companies will either be driven out of business or merge directly with Uber, Lyft, or one of the other ride-hailing services.

Car rental companies already renew their fleets every few years. But rarely does an entire fleet of cars go completely out of date at once. With electric drive trains and automated driving, Car Rental companies will have major capital expenditures leading into the future. And these capital costs won’t be easy to pay when your customer base is collapsing.

Why rent a car at all if driverless cars become cheaper than driving yourself?

Three common reasons for taking a train over a car:
1) Faster routes from city to city avoiding traffic.
2) Can work during the ride, no need to look at the road.
3) Cleaner energy (depends on the route). Electric trains offset less carbon than cars and diesel locomotives.

An electric, self-driving vehicle world solves each of these issues, while also affording more personal routes.

I expect shorter route airline traffic to also be heavily effected by self-driving cars, but not as much as train traffic. Can’t take a self-driving vehicle across ocean routes… yet.

SDVs also include Self-Driving Trucks. Most large truck stops are built to be stop offs in between long truck runs. Refuel, buy food, shower, even get repairs made on a truck.

If the entire trucking business goes driverless, many of these services and products will no longer be needed.

Large truck stops will still exist at key hubs, but expect them to primarily be fueling and maintenance stops going forward – no longer supporting human needs like food and entertainment.

What other industries and business types are missing from this list? #

Thanks to Mike Gibson for a long conversation on the future of vehicles that sparked this post and list.

The Importance of OpenAI

Elon Musk, Sam Altman, Peter Thiel, Ried Hoffman and others have just launched a new non-profit with over $1 billion in funding, called OpenAI, that is dedicated to Artificial Intelligence research. Steven Levy has a short interview on... Continue →